So how do you know whether or not Chinese support exists on your computer? If you start Chinese Toolbox 2012 and only boxes appear where Chinese characters should appear,

then you need to install East Asian language support. To do so, follow these steps:

2. Start the Control Panel and open the Regional and Language Options dialog. The following will appear:

3. Click on the “Install files for East Asian languages” checkbox. The following confirmation dialog will appear: 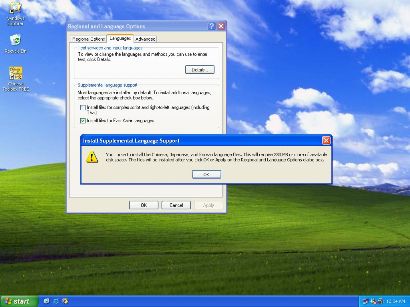 4. Click OK to close the confirmation dialog, then click on the OK button in the “Regional and Language Options” dialog. Windows will begin copying the necessary files. You may need to insert your Windows XP CD to complete the setup.

5. After all files for East Asian language support have been copied, the following message will appear: 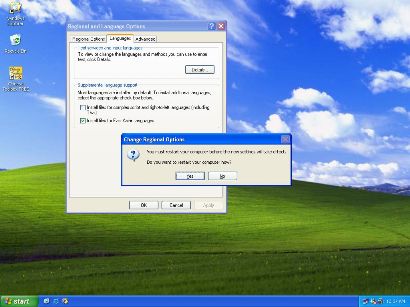 6. Click on the OK button to complete installation of East Asian language support. After your computer restarts, start Chinese Toolbox 2012. It should display normally with Chinese characters appearing as they should.