This page explains the most basic steps to begin using Chinese Toolbox:

To get started, first import some Chinese text into Chinese Toolbox. I like the reading resources at UVA Chinese Reading World, and for this example I’ll use the Beijing Feeling story. Note that Chinese Toolbox handles the display of traditional and simplified text in exactly the same way; the program is not biased to either system.

Most of the screen images throughout this website are hyper-linked; clicking on one will show the full-size image.

Locate the Chinese text that you want to try to read. Select and copy it to the Windows clipboard. I’m copying Beijing Feeling from a browser window. 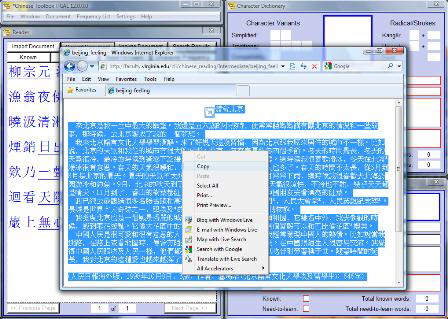 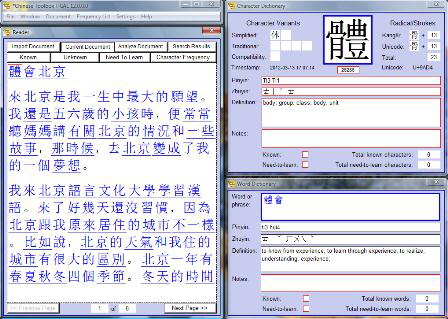 Repeatedly press the right key. Characters that you have read appear with a highlighted background. Each time a character is read, the timestamp for that character (shown in the Character Dictionary window) is updated. 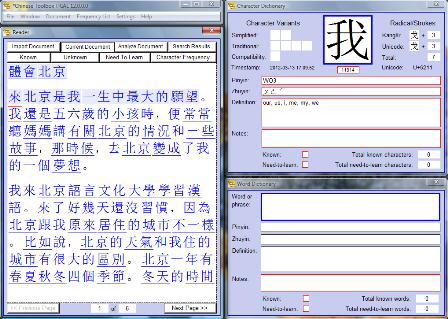 In the following screenshot, the spacebar was pressed on the character 我. Notice how all 我 characters in the Reader change color. Also, the 我 character is no longer shown in the Character Dictionary window. 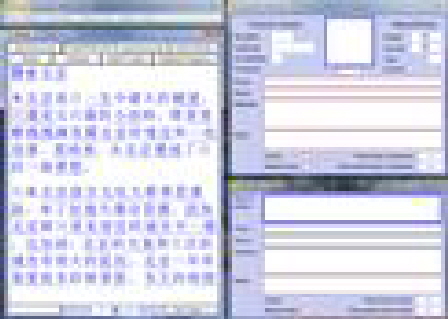 Press shift-spacebar when you encounter a word you know or can recognize. Words in Chinese consist of at least two characters, are underlined, and appear in the Word Dictionary window when selected. In the following screenshot, the selected character (還) is also part of a word (還是). Notice how 還是 is underlined in the Reader, and the word appears in the Word Dictionary window in the lower right portion of the screen. 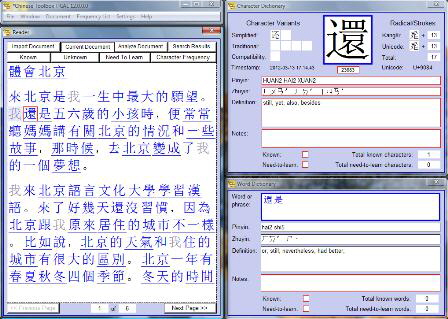 When you press shift-spacebar on a word in the Reader, the underline is removed, and the word in the Word Dictionary window is hidden. 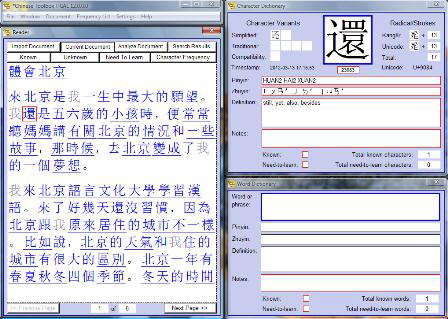