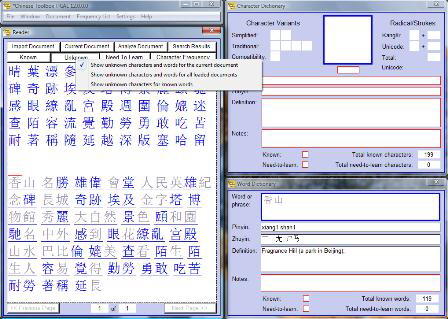 You can also set the scope to all documents. This would cause the Unknown tab to show all unknown characters and Chinese words across all documents listed under the Document menu. 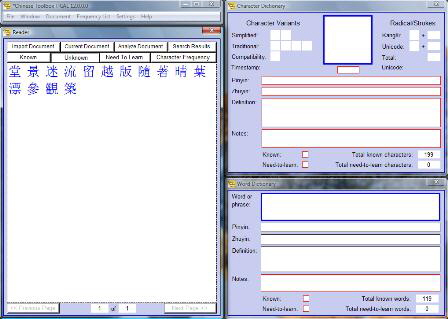 If I click on the Known tab, page 3 of the Reader (in this example) shows a number of known words: 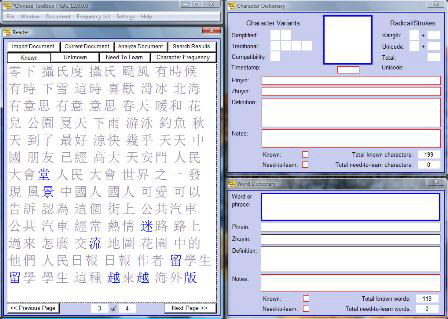 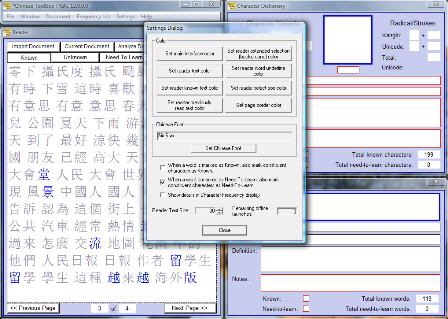 Refer to the first checkbox just below the Set Chinese Font button worded as follows:

When a word is marked as Known, also mark constituent characters as Known

As you can see, it is unchecked in the previous screenshot, meaning that when you mark a word as Known, the Known setting for the contained characters will not be changed. You have to change those manually as described at Marking Characters as Known. When this first checkbox is checked, characters are automatically marked as Known when the containing word is marked as Known. This was the default behavior in Chinese Toolbox 2011.